This link pretty much sums it up nicely with seven top reasons. If you’re still not convinced, read more… 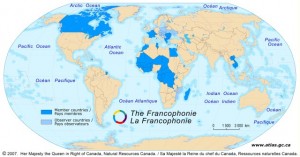 Over 275 million people around the world speak French. According to the U.S. Census Bureau, nearly 1-in-5 people, or 47 million U.S. residents age 5 and older, spoke a language other than English at home at the turn of the 21st century.

The report, Language Use and English-Speaking Ability: 2000, affirmed that 55 percent of the people who spoke a language other than English at home in the U.S. also reported that they spoke English “very well.”  After English and Spanish, Chinese was the language most commonly spoken at home (2.0 million speakers), followed by French (1.6 million speakers) and German (1.4 million speakers). Of the 20 non-English languages most frequently spoken at home, the second largest proportional increase was for French Creole speakers (the language group that includes Haitian Creoles), whose numbers more than doubled from 188,000 to 453,000.

French in the Delaware Valley 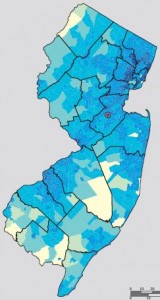 Visit the FACC web site to see some of their members.

Useful links about French in the Delaware Valley: 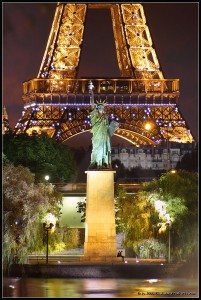 What do Warren Buffet, Emeril Lagasse, Eva Larue, Madonna, Tony Parker, and Paul Revere all have in common? They all have French roots. Americans with French and French Canadian ancestry make up more than 10 percent of the population in many New England states, while California and Louisiana each include more than one million Franco-Americans according to the 2010 U.S. Census. As famous writers (Henry David Thoreau, Jack Kerouac, W.E.B. Dubois), artists (Marcel Duchamp, Louise Bourgeois, Jean-Michel Basquiat) and athletes (Joakim Noah, Charlie Manuel, Brett Favre), Americans of French-speaking descent have made important cultural contributions to sports, literature and the arts.

Of course, France and America share a long history of diplomatic and economic ties dating back to the the American Revolutionary War, when French leaders like the Marquis de Lafayette famously served in the Continental Army. Later, Thomas Jefferson and Benjamin Franklin would support the French Revolution as envoys to France, and Alexis de Toqueville would draft one of the most widely-cited works of political theory: Democracy in America (1835). Throughout the 19th century, Franco-American relations would continue to develop into a long-lasting friendship, with occasional rivalries, but strong mutual respect. The Statue of Liberty, a gift from France intended to represent a universal symbol of freedom and democracy, was dedicated in 1886.

Due to economic and political changes in the late 20th century, there has been a considerable increase in immigration from Africa to the U.S. A significant portion of these newcomers hail from French-speaking West Africa and many are highly-skilled professionals in their respective fields. The greater Philadelphia area has about 140,000 African immigrants from all over the continent, as well as about 60,000 from the Caribbean. Since the 1980s, the Haitian-born population residing in the U.S. more than quadrupled, making it home to the largest population of Haitians abroad in any single country. [Source: http://www.migrationpolicy.org/article/haitian-immigrants-united-states/]

Useful links about French in America:

French in the World 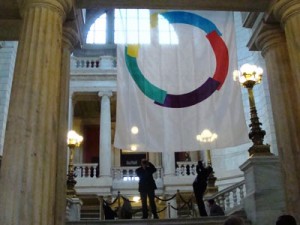 French is a young, vibrant, international language. It is the only language other than English to be spoken on all five continents. In fact, among its 275 million speakers, more than 96 million live in Africa, yet it also represents the 2nd most widely spoken native language and foreign language in Europe. Finally, by the year 2050, it is estimated that French will the language most spoken in the world.

Founded in 1970, the International Organization of la Francophonie includes 75 state and government members that represent approximately 15 percent of the world’s population. However, French-speaking areas account for almost 20 percent of world import and export trade, making it an advantageous language to speak for international business.

French is an official language of Canada which is the United States’ #1 trading partner: approximately $4.0 billion in goods cross the U.S.-Canada border each day, along with 300,000 people. Quebec alone represents the 13th largest market for U.S. exports.

In the majority of countries that belong to the International Organization of la Francophonie, more than 60 percent of the population is under 30 years old. All of its members signed the Convention on the Rights of the Child (La déclaration des droits de l’enfant).

As a result of its political and economic strengths, French is not only the ninth most widely spoken language in the world, but also the third most widely used on the Internet (after English and German). (Sources: https://www.francophonie.org/, https://www.state.gov)

Useful links about French in the world: