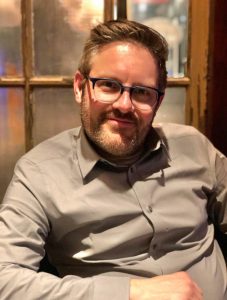 Professor James Boucher completed his doctoral work at the University of Iowa. His research focuses on the representation of Indigenous peoples of the Americas in French and Quebecois cultures. His forthcoming monograph The Mythic Indian: The Native in French and Quebecois Cultural Imaginaries explores the myriad mythic lenses through which the French and French-Canadians conceptualize the Amerindian in discursive regimes that vary from the philosophical, religious, and cultural, to the scientific. In addition to Indigenous Studies, Professor Boucher’s research equally centers on the intersection between literature/popular culture and the environment. This work on ecocritical analyses dovetails with his primary research topic of Indigeneity. Professor Boucher’s teaching concentrates on the French language in all its manifestations in the former French Empire. Teaching courses on environmentalism, globalization, Francophone cinema, and Quebec, as well as a variety of other themes, Professor Boucher’s classes emphasize connection and relationality transhistorically and transcontinentally.