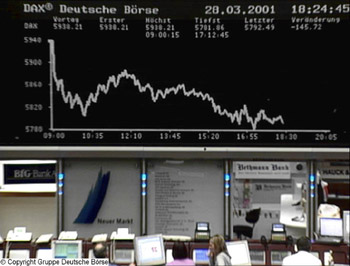 You can read a large number of German newspapers online. For Austrian news, see the Viennese newspaper, Die Presse.

The major German newsmagazines have online editions. Der Spiegel  is also available in the Robeson Library in print. It is the news magazine that German students are most likely to hear about, but it targets a well-educated, somewhat elitist audience and uses a distinctive style, with complex sentences and a vocabulary that uses the whole unabridged German dictionary. Der Spiegel thus can be rather difficult for students to read.

Focus is a more American-style newsweekly, with shorter articles and an easier style.

Stern is a more populist, people and picture-oriented weekly. It covers the major news stories, but it has more of an interest in celebrities and entertainment than Der Spiegel.

Bunte is sort of Germany’s “People” magazine. Try it if you want to read about celebrities and entertainment in German. You can see which US stars are big in Germany, and learn about some of the German stars and celebrities that we never hear about in the American media. Who is Udo Jürgens?